Trigger:  When you feel stressed (as needed)

I went through a brief phase with my kids when I was trying to teach them to meditate.  Before we went out to wait for the school bus, we had what I called SSS (Sixty Seconds of Silence).  I rang a bell at which point we all closed our eyes, sat in silence for sixty seconds, and then I rang the bell again to close our meditation.

My elementary school aged kids were initially good sports . . . they’d shift around a bit, cough and occasionally open their eyes in exasperation, but by and large they were willing to indulge this strange morning habit.  One day, my 1st grader told me that the sixty seconds were just too boring and she needed something to do in that minute.

Ahh-hah.  Lots of adults also feel that meditation is too ‘boring’.  Who wants to be left alone with their crazy, boring thoughts, afterall.  So, I thought about a breathing technique that I learned from a colleague known as the 4-7-8 breath.  It is widely described and recommended by Dr. Andrew Weil but I’ve also seen it suggested in T’ai chi communities. The 4-7-8 breathing technique is recommended for stress reduction, as it acts as a natural tranquilizer on the central nervous system.

I have modified that breathing technique to be the 5-5-5 shortcut (breathe in for 5, hold for 5, exhale for 5) – as I hope you will feel free to modify techniques to work for you.  Basically, I like the balance of even numbers and I thought it would be easier for my kids to remember.

Although they seemed to prefer the breathing and counting to sixty seconds of silence, they eventually revolted altogether and refused to continue with the morning habit.  And of course, there were many mornings when we didn’t actually have sixty seconds to spare anyway as we ran out the door to catch the school bus.  Oh well, at least I planted a seed for them and who knows when it might sprout into growth!

Purpose: breath work is universally considered both grounding and relaxing.  The results are fast and effective.  Holding air briefly in the lungs also creates elasticity and flexibility, leading to better overall health. 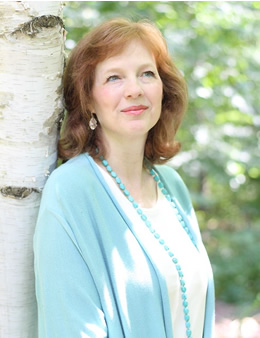